Commission for Standards in Public Life

Comprised of between three and five members, the Commission for Standards in Public Life is an independent oversight body established by s.117 of the Constitution. The Commission for Standards in Public Life (CSPL) has an overall function to promote and monitor “the highest standards of integrity and competence in public life in order to ensure the prevention of corruption or conflicts of interest”. As such, it is entrusted with the specific responsibility for developing and maintaining up-to-date registers of interest for those employed in public life. In addition to this the CSPL acts as a watchdog, responds to citizens’ concerns, and promotes public trust in public servants and elected members through the exercise of its functions. 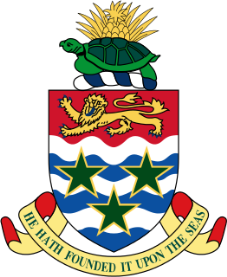 The FRA is the Cayman Islands’ Financial Intelligence Unit with responsibility for receiving, analysing and disseminating disclosures of financial information concerning the proceeds of criminal conduct, money laundering and the financing of terrorism pursuant to the provisions of the Proceeds of Crime Law. The mission of the FRA is to serve the Cayman Islands by participating in the international effort to deter and counter money laundering and the financing of terrorism.

The Judicial Administration is committed to fairly dispensing justice in the Cayman Islands and disposing of cases as quickly and efficiently as is consistent with the interests of justice and to providing international legal assistance pursuant to international treaties. The Judiciary is one of three separate arms of Government. Its function is to administer the law independently of the Executive and the Legislative arms of Government; an independence that is safeguarded in the Constitution of the Cayman Islands. The Judiciary comprises several jurisdictions within the hierarchy of the courts: Summary Court, Grand Court, Court of Appeal and Privy Council. Judicial Officers are comprised of the Chief Justice, the President of the Court of Appeal, the Justices of Appeal, several Judges, a Chief Magistrate and several Magistrates. Their website includes publications of judgements and Cayman Islands law reports.

The  Royal Cayman Islands Police Service (RCIPS) serves all three of the Cayman Islands, which collectively have a population of approximately 60,000. Against this backdrop the RCIPS deals with more than 22,000 calls for assistance every year, as well as proactively patrolling the streets 24-hours a day, seven days a week. Headed by the Commissioner of Police and supported by two Deputy Commissioners, the service is made up of approximately 343 police and auxiliary officers, supported by 64 police support staff and a team of Special Constables. The RCIPS works closely with other agencies both locally and internationally and uses an information management system to log crimes and intelligence in conjunction with various other overseas jurisdictions, including Anguilla, the British Virgin Islands, and Turks & Caicos.  The RCIPS Financial Crime Investigation Unit is the specialised unit dedicated to investigating financial crimes. 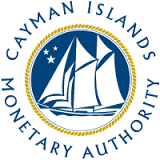 The Cayman Islands Monetary Authority began operations on 1 January 1997. It was established as a body corporate under the Monetary Authority Law, which was brought into force on that date. Its mission is to protect and enhance the reputation of the Cayman Islands as an International Financial Centre by fully utilising a team of highly skilled professionals and current technology, to carry out appropriate, effective and efficient supervision and regulation in accordance with relevant international standards and by maintaining a stable currency, including the prudent management of the currency reserve.

Office of the Auditor General 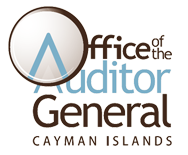 The    Office of the Auditor General's (OAG) role is to scrutinize public spending on behalf of the Legislative Assembly and ultimately the people of the Cayman Islands; it does this by holding the Government to account for its use of public money. Members of the Legislative Assembly need objective and fact based information about how well Government raises and spends public finds. The OAG's purpose is to be an independent and reliable source of such information.

The  Ombudsman acts as the independent watchdog dealing with public complaints and information rights in the Cayman Islands.  The Office of the Ombudsman was established when the  Ombudsman Law came into effect on 13 September 2017.  The office oversees the resolution of complaints about Government decisions and unfair treatment by Government, ensuring information rights and Government transparency through monitoring compliance with the Freedom of Information Law, and the Police Complaint's Commission which has not yet taken effect.  The Ombudsman's Office has powers in the following areas: maladministration complaints, freedom of information, complaints against the police, data protection, and whistleblowing.